Diet and Dementia: Experts Agree, What You Eat Matters Dementia is one of the most insidious conditions afflicting humanity — people of every race in every country around the world. As we age, dementia becomes more and more likely and, according to dementiastatistcis.org, “The number of people with dementia globally is estimated to be 50 million. Currently, this is greater than the total population of Spain and is projected to nearly triple by 2050.” Even as research into dementia and diseases like Alzheimer’s has increased in the recent past, The World Health Organization’s Dementia Fact Sheet 2017 states, “Globally, the numbers of people living with dementia will increase from 50m in 2018 to 152m in 2050, a 204% increase.”

Despite these seemingly hopeless numbers, there are things we can do to lessen the risk of dementia including embracing a lifestyle that includes a healthy diet. One study about dementia and the Mediterranean diet, “seem[ed] to show an association between the Mediterranean diet and lower levels of memory and thinking problems.” Specifically, the study showed consumption of plenty of fruits and vegetables “may help to protect against some of the damage to brain cells associated with Alzheimer’s disease, as well as increasing the levels of proteins in the brain that protect brain cells from this damage.”

Another way to approach dietary changes to diminish risk of dementia is to combine the Mediterranean diet and the DASH diet. DASH stands for Dietary Approaches to Stop Hypertension. Together they are known as the MIND diet, or Mediterranean-DASH Intervention for Neurodegenerative Delay diet, which addresses both heart and brain health.

The research behind the MIND diet included looking at foods touted by the DASH and Mediterranean diets and singling out those that were found to show the most promise in preventing dementia. Dark green and other vegetables made the list, along with berries, although other fruits did not. In addition, researchers tracking older study participants through eating logs found those following the MIND diet to be years (7.5 years to be exact) sharper mentally than those who did not.

In the Mayo Clinic blog, “15 Simple Diet Tweaks That Could Cut Your Alzheimer’s Risk,” author Angela L. Murad offers a list of MIND diet rules you can use to see where your current diet lies compared to the healthier alternative that includes:

Murad recommends giving yourself one point for each “rule” followed and offers the caveat that, “You don’t have to have a perfect diet to benefit. While the adults in the study who followed the diet most closely (an average score of 9.6 points out of 15) saw the biggest drop in their Alzheimer’s risk, the ones who scored in the middle (7.5 points) still cut their risk by over a third.”

Interestingly, high adherence to the DASH diet and the Mediterranean diet also lowered dementia risk, but moderate compliance with these two diets did not significantly decrease rates of Alzheimer’s disease.

Foods That May Cause Dementia

Now that you know what you should eat, the other side of the diet coin is what you should not eat. The Alzheimers.net blog, “Nutrition and Dementia: Foods That May Induce Memory Loss & Increase Alzheimer’s” looks at what the brain needs to do a good job and zeros in on those foods that work against brain health and increase the risk of memory loss and Alzheimer’s. For Americans, the worst foods are also among the most common in our daily diets: “White breads, pasta, processed meats and cheeses, all of these have been linked to Alzheimer’s disease.”

According to the blog, different types of foods associated with increased risk of Alzheimer’s wreak havoc in different ways that ultimately negatively impact the brain and how it functions. These include:

For those who have spent a lifetime eating fast food, Wonder bread, beef jerky, and fried chicken and cheese sticks, it’s not too late to change! Since alterations in the brain contributing to dementia can begin years before symptoms are noticed, mid-life dietary changes are considered helpful in reducing dementia risk in later years. Add to that exercise, stress reduction and avoiding cigarettes and second-hand smoke, and you really can make a difference in how healthy you will be in your golden years!

For information about Countryside, please call Margaret Nagel at (517) 206-5000 or download our brochure to learn about our care levels, cost, and amenities. 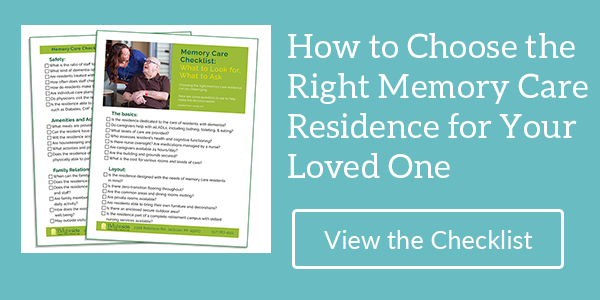 A Checklist for Independent Living: Is it right for me?

All the changes in senior independent living have made it a much more desirable option for older adults who want to shed the responsibilities of living at home and really make retirement the best it can be. But it’s not for everyone. Before you decide, however, use...

Visiting During the Holidays: Signs to Look for to Ensure Elderly Loved Ones Are Safe at Home

Visiting during the holidays is a big part of the magic and when a senior is on your visit list, it’s also a great opportunity to check on their safety and well-being to ensure they are able to live and thrive at home. Although many seniors may not realize it, over...

In general, how much something costs is often considered its value, but when it comes to independent living value, it’s essential to peel back the layers and look deeper into what value really means. When deciding where to live in retirement, at home or in independent...

When considering a move to senior living, independent living is often the first choice. However, independent living retirement communities may not be a good fit when seniors have chronic conditions, need daily help with personal care or medications, or have cognitive...

5 Things to Look for in an Independent Living Community

An independent living community can be the perfect retirement solution when you choose the right senior living community. That’s why it is so important to thoroughly vet your options before making your choice. One of the best ways to do that is by touring independent...

Four Wonderful Things to Expect in an Independent Living Community

Retirement is the time of life to really make every day one to remember, whether it’s traveling, revisiting an old hobby, relaxing at home with friends and family, writing a book, or taking classes just to learn something new. All those things you never had time for...

What Is Independent Living?

Retirement brings with it many decisions, not the least of which is where to live. For many older adults, independent living is the perfect choice because it has all the benefits of a home without all the costs and hassles of home ownership. But others may not...

Assisted living today is completely changed from the past century, but even with all the improvements, many older adults will push back when family approaches the subject of moving there. This can be very difficult for seniors and their families when both feel they...

Do You Have Caregiver Burnout? 6 Ways Assisted Living Helps

Being a caregiver can be a fulfilling way to honor an aging parent or loved one, but it can also become an overwhelming job as time goes on. The daily tasks, worries, and responsibilities of caregiving can ultimately result in caregiver burnout, a real and very...

Showing Compassion and Communicating with Alzheimer’s Patients at Every Stage